Emmaus is a two-campus Catholic Co-educational Regional College that opened in February 1980 through the amalgamation of St Thomas More College (1968-1979) and Chavoin College (1966-1979).

It was established to provide a co-educational choice for families in the Whitehorse, Monash, Knox, and Boroondara areas. With the school now in its fourth decade, it has forged its own heritage, while also benefiting from the rich traditions of the two Colleges. Many Emmaus students are the sons and daughters of past students.

From 1980 until 2011, Year 11-12 students were located at the Burwood Campus and Year 7-10 students at the Vermont South Campus. In 2012, Year 9 relocated to Burwood with a dedicated campus and Y9@E Program. All other year levels are now at Vermont South. Major building programs during the last decade have seen five state-of-the-art contemporary learning facilities created, as well as significant renovations to other buildings. We are very proud that our students have such a wonderful learning environment.

The Emmaus College crest has been very much a part of the history of the College since 1980. The crest features the words, ‘To Know Christ’ which draws inspiration from the Emmaus Story in Luke’s Gospel (Luke 24: 13-35). The cross depicted on the crest is the Jerusalem Cross which dates back to the time of the crusaders. The Jerusalem cross represents Christ’s command to spread the Gospel around the world. 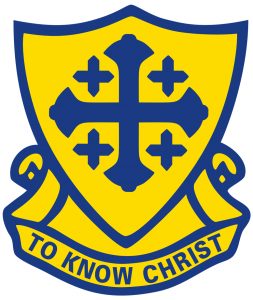